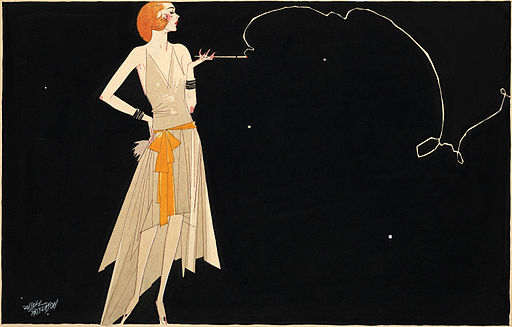 Music and fashion have always been connected. The charismatic style of musicians, as bohemian and creative individuals, has influenced fashion designers and the industry. Nowadays, the fashion and music businesses are intertwining more and more.  Music labels and artists have begun to view fashion brands as a lucrative and logical business partner because of the common fan base, while brands’ ability to work with musicians has allowed them new means of attracting customers, increasing consumer goodwill, and maintaining their distinctiveness.

The jazz Age may be seen as the defining moment for the relation between music and fashion: with the achievement of civil rights by women in the 1920’s, a new social movement around music and women fashion emerged with flappers (to learn more, read this article “Women’s Fashions of the 1920’s – Flappers and the Jazz Age”). The following years, designers focusing on this “new woman” emerged: Chanel, Schiaparelli…

Now that cross-promotions and partnerships become increasingly common, retailers and artists are forced to consider new strategic partnerships. Some companies have seen this as an opportunity to develop new business models, and more and more brands have been created as both a record label and fashion label.

These are not companies that sell merchandise. They sell much more than clothes and music: they market a certain lifestyle based on music. French labels Maison Kitsuné and The Kooples are good examples brands using the partnership between clothes and music.

These companies partner normally with independent, undiscovered or lesser-known musicians, which present fashion brands with a huge upside and low costs. This strategy is successful as when these artists and bands increase their popularity, brands get credit as discoverers of new talent.  Brands can also partner with music festivals and events, such as South by Southwest, Primavera Sound or Fuji Rock.

I have found some examples of brands with a close relation between fashion and music:

Maison Kitsuné is a French electronic music record label and fashion label created in Paris in 2002. Kitsuné is the Japanese word for fox.

Gildas Loaëc and Masaya Kuroki are the founders and artistic directors of Maison Kitsuné. Before co-founding the company, Loaëc worked with Daft Punk and also with Thomas Bangalter’s record label Roulé (Thomas Bangalter is one of the members of Daft Punk). The brand is well known for drawing their inspiration from music and street style. This season’s inspiration are the artists (painters, musicians…) of New York.

John Varvatos credits his early obsession with rock ‘n roll as the catalyst for his interest in fashion. The ad campaigns (Start of Music Campaigns) for the main collection, shot by Danny Clinch, have featured such musicians and bands such as Iggy Pop, Alice Cooper, Velvet Revolver, Chris Cornell, Franz Ferdinand, Dave Matthews, Paul Weller and Miles Kane, The Roots and Green Day. 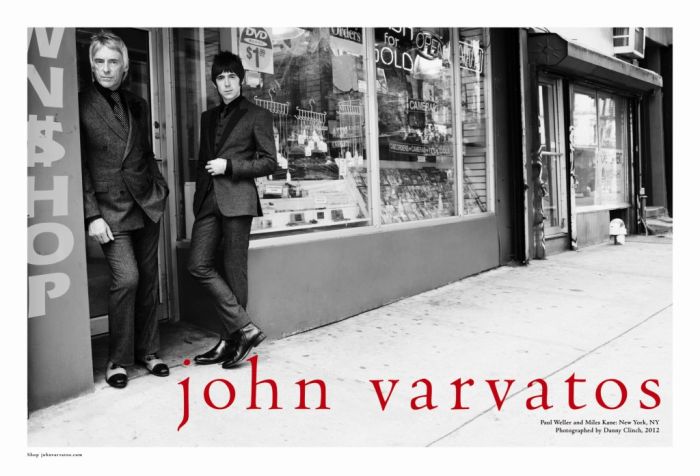 Varvatos’ credit with music is also reflected in the fact that one of the brand’s boutiques in New York is in the space that formerly housed the underground music club CBGB. In 2001, John Varvatos was licensed to create a line of high-end Converse shoes, one of the brands traditiomally used by rock musicians; a partnership that still continues today.

2009 saw the launch of New York Nights, a monthly radIoshow hosted by John on SIRIUS XM’s The Spectrum channel. The show includes songs and interviews from various artists who have influenced John throughout his career in fashion.

The brand also supports the Save The Music Foundation, a nonprofit organization dedicated to restore instrumental music programs in the American Public School system.

The Kooples is a French fashion brand and record label from Paris, France. The founders – three brothers called Alexander, Laurent and Raphael – are the sons of the people behind the Comptoir des Cotonniers womenswear chain.

The Kooples is a brand known for clothes style rock, dandy and trendy.

Devendra Banhart and Ana Kras, one of the couples at The Kooples AW2013 campaign 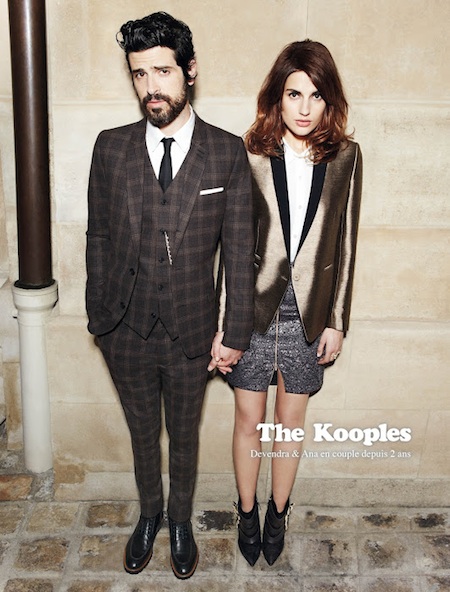 Apart from the fashion brand, they created The Kooples Records, a music label which produces couples of artists.

As a researcher on fashion brands’ strategies and music alliances, I think that the partnership between fashion brands and music groups is a win-win strategy. Bands promote a certain image (even getting free clothes for the live venues) and brands have a direct approach to the fans of the artists, increase consumer goodwill and work on their branding and distinctiveness.